The filmmaker Tigmanshu Dhulia has directed a movie called Yaara which will stream on July 30th on the ZEE5 Platform. The film has a strong cast who are as follows Vidyut Jammwal, Amit Sadh, Vijay Varma, Shruti Haasan, Kenny Basumatary, and Sanjay Mishra. This movie is the Hindi remake of the French movie called ‘A Gang Story’ directed by Oliver Marchal in the year 2011. This story has set its backdrop based in North India and it focuses on the friendship of the four criminals who belonged to a gang called ‘Chaukdi Gang’.  It shows how the gang they belonged to dealt with dealing with illegal activities and substances across the Nepal- India border. Their journey of friendship started when they met each other working in this gang. It shows how their life had several turns of various kinds of ups and downs. This movie has a broad focus on friendship and tells how friendship is one of the most important factors binding people. The movie ‘Yaara’ portrays the journey of life of these four criminal friends. 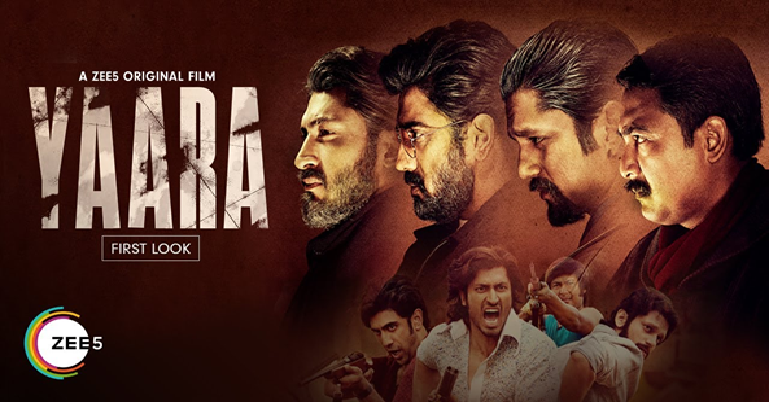 This movie gives a different definition and outlook to friendship which explains why it is being released on Friendship’s Day. The cast of this movie is quite a unique one and has been chosen carefully. All the actors have come from different kinds of featured stories. These actors have their own indigenous style where they express their characters beautifully in the story. The movie makers of Yaara have released their song named Khudkhushi. This is quite a peppy song from their soundtrack which received several reviews and views within a short span of time. Revi Shergill was both the singer and lyricist of the song and Siddharth Pandit was the composer. The song has snippets of the lead actors showing their journey from childhood to becoming one of the notorious criminals of the place they belong from. It shows various strengths and weaknesses during their friendship. It portrays how fate got them together into doing a dark job in the world of robbery. This song has gotten great reviews from all its fans calling it a soulful song. It is also said to be one of the best-recommended songs related to friendship and is quite a real song based on the real-world scenario.

This movie has been produced by Sunir Kheterpal for Azure Entertainment. This is one of the latest and the recent adaptations of Zee5. This is a very recommended and suggested movie to watch. It has a beautiful story of friendship and the song of the movie is also quite popular and has become quite a peppy and hit number. It has some attractive beats which will not make the viewers bored at all. Hence, the readers should definitely plan on fixing time on 30th July to watch this wonderful movie on the ZEE5 platform.